I use theory, experiments, and genomics to study evolutionary genetics. My research has focused on three main questions: (1) Why do organisms shuffle their genomes through sex and recombination? (2) In species where reproduction occurs between males and females, how does the existence of the two sexes affect evolution across the genome as well as with respect to traits specifically involved in reproductive success? (3) What are the evolutionary consequences of the constant influx of new deleterious mutations?

Karl studies the maintenance of genetic variance in fitness via sexually antagonistic (SA) selection. SA selection can maintain allelic alternatives with opposite fitness effects in the sexes. Karl’s PhD work (with Göran Arnqvist) addressed the capacity for these to represent stable balanced polymorphisms on autosomes. Still, we lack an understanding of the relative number, effect size and precise locations of SA polymorphisms for fitness. Thus, Karl’s aim here is to combine experimental evolution, genomics and transcriptomics to further our understanding of the maintenance of genetic variance in fitness via SA selection. Other research interests of his include the maintenance of sexual reproduction, sexual dimorphism in gene expression, and cis gene regulation. Website

Amardeep is interested in sex differences in selection. Amardeep’s main PhD project compares the genetic architecture of adult fitness in males and females in fruit flies.  How many regions of the genome underlying variation in adult male fitness affect variation in female fitness in (i) the same way (sexual concordance), (ii) the opposing way (intralocus sexual antagonism), (iii) or not at all (sex-limited effects)?  Previous work, in collaboration with Howard Rundle, showed that male-female interactions are quite different in simple vs. complex physical environments. To what extent does the genetic architecture of adult fitness depend on the environment in which it is measured? Is the architecture of male or female fitness more sensitive to the environment?

Interactions between males and females are an important source of selection, most obviously via sexual selection on males. However, there are conflicting predictions about how this selection will affect phenotypes and fitness.  Li’s research examines how the physical environment mediates the extent to which the mating system in fruit flies is affected by sexual selection vs. sexual conflict. He has found that the physical environment in which sexual interactions occur alters rates of adaptation and purging genome-wide. In addition to these general effects, Li is examining divergence in specific phenotypes related to mating and reproduction (both pre and post copulatory). Li is co-supervised by Howard Rundle.

George is jointly supervised by Aneil Agrawal and Stephen Wright. He is working on understanding the selective causes and consequences of sexual and asexual modes of reproduction in duckweeds. His work uses both experimental and genomic approaches.

The two alternative alleles carried by a heterozygote may not be expressed at the same level; this is known as allelic imbalance (AI). Prashastha is examining AI in fruit flies and its relationship to sexual dimorphism in gene expression.  How common is AI and does it occur more commonly in genes that are known to have dimorphic expression?  For genes expressed in multiple organs, is AI more common in highly dimorphic tissues (gonads) than less dimorphic regions (heads)? Finally, does AI occur in exactly the same way in both sexes?  Answers to these questions will help us better understand how sexual dimorphism in gene expression evolves.

The social and physical environment in which mating interactions occur is likely to play a key role in determining what phenotypes maximize fitness for each sex. Tania is examining how sexual dimorphism has evolved in experimental populations of fruit flies maintained under different mating environments. In which types of mating environments has dimorphism grown or shrunk? Are changes in dimorphism primarily driven by the evolution of males or females or both? Does dimorphism evolve because sex evolves in opposite directions or because both sexes evolve in the same direction but at different rates? Do these changes match what we expect based on measurements of selection in each sex or are they heavily influenced by the genetic correlation between sexes? Do alternative mating regimes reshape genetic variances and covariances? Tania is co-supervised by Howard Rundle.

Meghan is co-supervised by Stephen Wright and is the first student working on a long-term joint project on wild carrot (Queen Anne’s Lace, Daucus carota) involving Aneil, Stephen, and John Stinchcombe. Meghan is examining the population genetics of wild carrot both with respect to species-wide diversity patterns across the genome but also allele frequency changes that occur over short spatial and temporal scales using collections from multiple sites at our field station, the Koffler Scientific Reserve. 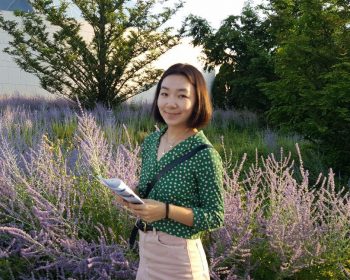 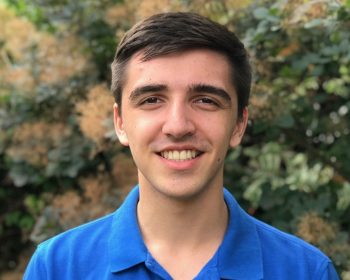 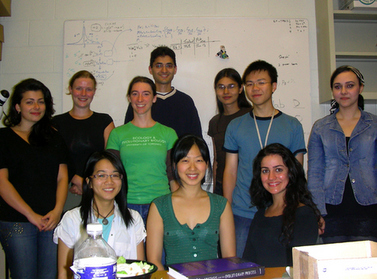 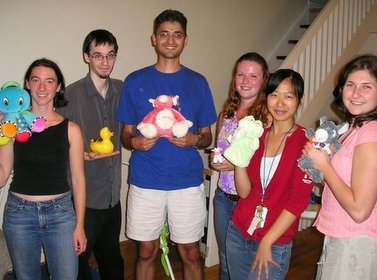